Romance, tranquility, privacy, in the middle of pure natural enviroment and all that this place can offer at your fingertips

Stay in one of our 8 deluxe rooms, of which 3 are equipped with a whirlpool. Each room has its very own style and in each of them there is furniture made of completely different kind of wood. Noe Farm is built of larch wood without the use of varnishes and stains. 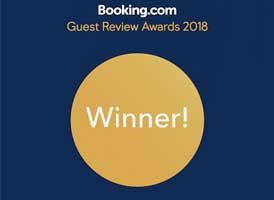 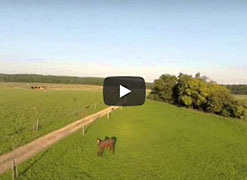 Freedom Capital operates the Bookolo reservation system on its website, where the business conditions of the Farm Noe are listed.

Our guests can leave their cars in the Noe Farm private carpark.

Breakfast is available from 08:00 to 10:00 AM. Breakfasts consists of products of Noe Farm.

For accommodated guests, we arrange horse rides, including experienced escorts.

Guests can use a sauna with an exclusive outdoor barrel-shaped pool for a fee.

Right on the farm, you can bathe in the natural clean waters of our biotope.

Children can get familiar with smaller animals. They can even take a walk with two ponnies, accompanied by parents. They feed the horses or use the court with the Noah's Ark.

For private celebrations and meetings with friends we offer stylish lounge areas, including a large riding school.

Free Wi-Fi is available in all rooms.

Places for private and corporate events

Stables and facilities for horses

There are quite a few cycling paths in the vicinity of Noe farm as well as many roads for regular cycling trips.

Outdoor attractions during the summer months and a covered pool suitable for fun and swimming in the winter months. The complex also offers a sauna, solarium, whirlpool, massages and a fitness centre.

Vida is an interactivescience centre where you and your children can find a world of discovery, entertainment and playful education.

The Brno planetarium offers a multitude of amazing experiences for all fans of outer space and astronautics.

Depending on the season you can take part in parades, firemen’s races, kite festivals and Christmas markets. The rural atmosphere together with the warmth of the locals and the picturesque countryside will envelop you in joy and good cheer.

A luxurious resort, 9 km north of Brno in a magical valley between Kuřim and Jinačovice offers complete facilities for your stay, congress and golfing needs.

Our technical golf course is interesting because of the natural impediments, deep bunkers and artificially built water areas. Great quality training areas and public golf course with holes par 3 situated in the gardens of local chateau also belong to the main golf course. The chateau is associated with the famous Battle of Three Emperors and the victory of the emperor Napoleon I in 1805.

If you love hiking, wild mushrooms and sports, Křtiny Valley offers several regional and national cycling paths, educational nature trails and a dense network of marked hiking trails leading to the Moravian Karst, tothe Rudice swallow hole, where the water disappears underground, or to the mysteriousJosefovValley, where the same water once againbubbles up at Býčískála Cave. Other trails lead to the romantic ruins of the NovýHrad castle, which the Swedes conquered through subversion, to Rakovec Valley, to the Říčky Valley or to the Jedovnice fish ponds.

A charming natural space full of rare flora and fauna.

This Slavic fortified settlement lies in the southern part of the Moravian Karst and offers a long history. It is a significant excavation site considered to be the predecessor to the city of Brno.

One of the most beautiful karst regions in Central Europe is on your doorstep. Visit, for example, the lowest situated site in the Czech Republic, the Macocha Abyss or the Balcarka Cavewith its colourful stalactites.

The spring is a bit less than a kilometre from the Křtiny church in the direction of Adamov.

You can find us between the towns of Křtiny andJedovnice. The area of the arboretum is 23 ha. It includes the meadows around the stream, the adjacent parts of the forested hills and a fish pond. The basic tour takes approximately 1 hour.

This contemporary modern telecommunications tower was put into operation in August of the year 2001. From the platform the visitor is rewarded with a view of the entire Moravian Karst area as well as other more distant sites, such as the towers of the Dukovany power plant approximately 50 km away.

The Alexandrovaobservation tower rises above the town ofAdamov, on a high forested hillside on the edge of theBabickáPlateau. In underwent reconstruction in 2007 whereupon it received new outdoor access stairs and an entirely new superstructure.

A tribute to foresters, LesnickýSlavín is located in the forests of Brno’s Mendel University. It is a set of monuments, plaques and wells dedicated not only to famous foresters and professors from the university who were responsible for the forests around Brno and their upkeep, but also to artists whose works were inspired by the forests and countryside.Most of the monuments are located in the area of Adamov andKřtiny, not only on the hiking paths, but also deep in the woods off such paths. The monuments and plaques mostly originated through the incentives of professors from Mendel University in order to honour the work of a specific forester or artist. Due to the number of monuments it is nearly impossible to name all of them, though the most visited include Mách’s monument on the old castle trail, the Stromy monument at the ŘícmaniceArboretum or the monument to the foresters tortured during the Second World War.

A short walking route was established in the nineties under the care of the Křtiny parsonage, leading along the forested slope of the Křtiny Hills, with several stops and interesting views of the church and the centre of town. The route is about two kilometres long and rises fifty metres.

The well, about three kilometres northwest from the centre of the town of Křtiny, was built in the 1920s in memory of the Šumava author KarelKlostermann. It offers a pleasant undemanding walk through the forest.On the way you will encounter a paddock with horses and goats on the edge of the hornbeam meadows. This trip can be combined with a visit to the KřtinyArboretum.

A marked tourist trail that leads you to 8 local stops with information boards where you can read interesting information about the given area, the surrounding nature, landmarks and natural phenomena.

The world-famous Macocha Abyss is more than 138 metres deep and is the largest gorge of its kind in the Czech Republic and in Central Europe. The upper part of the gorge is 174 metres long and 76 metres wide.

Punkva Caves are the most popular caves of the Moravian Karst. They are located about two kilometres from SkalníMlýn and they are accessible by the entrance in the wall of the Pustýžleb karst canyon. They attained their popularity thanks to the fact that they enable the visitor to reach the bottom of the Macocha Abyss while also taking a romantic cruise on the boats in the underground Punkva River. The most significant caves of the Moravian Karst open to the public welcomes hundreds of thousands of visitors each year.

Balcarka Cave lies in the northern part of the Moravia Karst in a picturesquepart of the Suchýžleb Valley nearby Ostrov u Macochy in a nature preserve called Balcarovaskála – Vintoky. It is an impressive labyrinth of corridors, domes and gorges decorated with rich and multi-faceted stalactite forms.

The findings in these caves testify to their being settled as early as 1500 BC and they were also used heavily during both of the world wars.

Located at the beginning of the Suchýžleb Valley, about 500 to the east of Skalnímlýn.It is part of the ancient outlet cave which is evident in the noticeable signs of flowing water and its erosion activities. KateřinskáCave was also a rich deposit of bones fromPleistoceneanimals, especially bears. It has been open to the public since 1910.

The caves are located on the southern edge of the town of Sloupin the Sloup Valley (the beginning of the Suchýžleb Valley). It is part of the Amateur Caves system, which is the longest cave system in the Czech Republic. The Sloup-Šošůvska Caves are an extensive complex of domes, corridors and huge underground gorges created over two levels. EliščinaCave has excellent acoustics and thus it is occasionally used for chamber music concerts.

Caves in the vicinity

Březina citizen AloisŠevčíkdiscovered the Malý lesíkCave in 1949 by throwing a stone into a rock chimney. Under his direction it subsequently became the subject of long-term excavation research by the Březina group ZO ČSS 6-12 of Brno’s Speleological Club. Other caves that have been discovered in the area are calledVeskalce, Na technice, Tereza, Kulichovadíra andPonornýhrádek. These are small though important caves since they are connected with the hard to reach labyrinth of underground waters.

St. Mary’s Cathedral, the pearl of Moravia in Křtiny

The cathedral is open to the public year round. Today it is not only used for important church events andoccasional spiritual activities, but it is also open for concerts and for lovers of architecture and history. The Cathedral’s ambits conceal one of the largest operating glockenspiels in Central Europe with 33 bells. The glockenspiel plays regularly twice a week, though it is also possible to have it played at other times upon agreement with the parish office. There is a charnel-house accessible in the church’s crypt, containing not only the mortal remains of a hundred medieval citizens of Křtiny, but also several skulls decorated with mysterious ornaments, the significance of which has yet to be explained. The charnel-house can also be seen upon agreement with the parish office.

Křtiny, hidden on the upper edge of the Josefov Valley karst region about 15 km northeast of Brno, represents an ideal tourist and pilgrimage destination as well as a jumping pointfor getting to know the middle section of the Moravian Karst. Its uncommonly rich history, reaching back far beyond the year 1237, and the centuries of the Virgin Mary pilgrimage tradition is enhanced by the immediate vicinity of the Moravian Karst and its romantic rocky valleys, caves, swallow holes andsinkholes.

The town can also boast of interesting modern architecture, namely the oval elementary school. It has nine grades, a nursery school and a modern equipped gym. Due to its architectural ingenuity it is rightly considered to be the dominant modern feature of Křtiny.

The Jedovnice church is a modern textbook of sacred art from the end of the 20th century. The parish priest P. FrantišekVavříčekinvited artists that were relatively unknown at the time, such as MikolášMedek, Jan Koblasa and Josef Istler, to decorate the interior in a modern style.

One of the few churches to be built during the period of religious repression. Designed by architect LudvíkKolek, it was completed in 1971. The Stations of the Cross were made by MikolášMedek.

The first detailed historical records of Rájec come from the 14th century. Art lovers will undoubtedly enjoy the extensive collection of oriental porcelain and the famous chateau picture gallery, which presents the works of renowned European painters from the Baroque and Romanticism periods.

A unique exhibit describing the history of the mill including its operations, it also includes a geological park with examples of rocks from the Moravian Karst and the Drahan highlands.

The caves are archaeological deposits of international significance in the Říčky Valley. Both are freely accessible.

The ironworks was one of the first blast furnacesenabling the constantsmelting of iron ore. At the end of the 18th century the furnace was rebuilt and the entire operation was on a higher technological level. In the middle of the 19th century it underwent further modernisation. Today it is the oldest existing ironworks in Central Europe and it is an urban reservation.

The Renaissance Chateau was built at the turn of the 16th and 17th centuries on the site of a stronghold that was evidently built in the 13th century. The cylindrical tower’s foundations, which have been preserved to the current day, are of Romanesque origin.